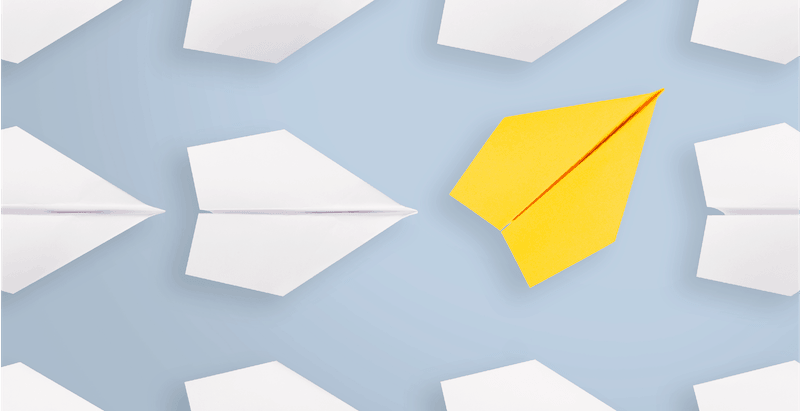 The draft of the revised vancomycin therapeutic guidelines by Rybak et al. for the Infectious Diseases Society of America (and the ASHP, PIDS, and SIDP) are now available for public comment.

The update, as many expected, recommends moving away from trough targets to AUC24:MIC for the monitoring of vancomycin. Although trough-only therapeutic monitoring for vancomycin is widely used today in clinical practice due to the ease of use, these guidelines present AUC24/MIC to be the most appropriate pharmacokinetic/pharmacodynamic target for vancomycin.

This shift, in part, may have been promoted due to recent studies that have demonstrated there is significant nephrotoxicity risk when targeting higher vancomycin trough concentrations. The research suggests for many patients, an effective AUC24:MIC target of 400-600 mg.h/L can be achieved with significantly lower trough concentrations than previously recommended.

When managing vancomycin therapy for diverse cohorts including obese and hemodialysis, it is recognized that there is significant pharmacokinetic variability both between and within these groups. The recommendations for use of Bayesian dosing for individualized dosing in these cohorts is also discussed at length in these guidelines.

Understanding some pharmacokinetics is important to understand how monitoring can be performed for dosing to an Area Under the Curve (AUC) target. Some terms to be familiar with in order to understand the concept of AUC are: 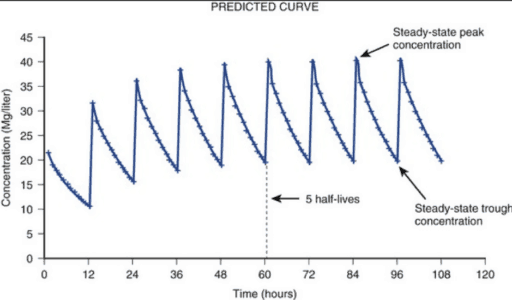 The minimum inhibitory concentration (MIC)is the minimum amount (dose) of the antimicrobial drug needed to inhibit the visible growth of bacteria. There are different values for MIC depending on what type of antibacterial drug you use and how resistant a bacteria is to a specific antimicrobial drug. For example, a MIC=1mg/L indicates that the visible growth of bacteria is inhibited from 1mg/L of the drug. Typically, the AUC will have to be divided by the MIC (known as AUC/MIC ratio) to take into account how much of the drug is needed over a period of time (the AUC) to inhibit a certain bacteria 100 percent.

All of these concepts permit the calculation of AUC by hand using a set of formulae. Unfortunately, as one might expect, this is a rather lengthy process. A recent publication by Meng et al.(2019) developed and implemented an abbreviated calculation version that still had 15 separate steps with multiple drug levels!

Problematically, however, most hand-calculation methods assume that the patient is already at steady-state. This has the consequence whereby if one calculates dose adjustments manually, levels cannot be taken to permit this to be done until day 3 of therapy at the earliest. Even more problematically, the guidelines recommend that “targeted AUC exposures be achieved early within the course of therapy, preferably within the first 24 to 48 hours”.

One of the major benefits of Bayesian dosing indicated by the revised guidelines is Bayesian dosing “doesn’t require steady-state vancomycin concentrations to allow to early assessment of AUC target attainment”.

In other words, if you use Bayesian dosing, you can take a single level after the first dose is administered, and dose adjust immediately. While this method requires software, it is obviously much faster to calculate (e.g. than the 15-step ‘abbreviated’ method), and quicker to adjust for the patient.

Bayesian dosing is also noted to be effective from a single level, although multiple levels (one shortly after the end of infusion, and one at the end of the dosing interval) is a preferred option if possible.

Typically, most centers will take approximately three days to return microbiology results, including the MIC. So what approach do the new 2019 guidelines suggest until then?

Of course, an AUC for vancomycin depends on the bacteria that’s being treated. Given vancomycin’s common use, it is noted in the guidelines that “it is important to be aware of local and national vancomycin susceptibility patterns for MRSA”. That point made, for methicillin resistant staphylococcus aureus (MRSA) it is also noted that vancomycin MICs have remained constant over time, with ≥90% of isolates having MIC < 1mg/L.

Given this, the guidelines suggest that an appropriate level of AUC over 24 hours should be 400-600 mg*hr/L with an assumed minimum inhibitory concentration of 1 mg/L if this is not yet known.

For those interested in the laboratory side, the MIC method cited in the new guidelines is broth micro-dilution (BMD). The discussion around the variance between BMD results and ETests on page 10 of the draft 2019 guidelines is worthwhile considering.

The Impact of AUC on Vancomycin Dosing

Moving away from a single lab-reported number in a range (trough) to using a calculated number (AUC) instead may appear somewhat challenging at first glance. That said, the guidelines do provide for flexibility – for example, noting that while two levels on a single dose are optimal, using Bayesian software permits the use of a single trough level – i.e. no nursing or phlebotomy workflow changes required.

One of the key benefits of DoseMeRx (our Bayesian dosing platform) is that it is configured to match each hospital’s protocols and requirements. DoseMeRx is used to dose vancomycin to both trough and AUC-based targets.

Regardless of your plans for uptake of the new vancomycin guidelines, it can support your dosing protocol. For example, many of our customers have DoseMeRx configured to dose to trough now, but also display AUC24 side-by-side – preparing and familiarizing their pharmacy staff for a future rollout of AUC-based vancomycin dosing.

Before you leave…
would you like to try DoseMeRx for free?

Before you leave…
try our free vancomycin dosing calculator 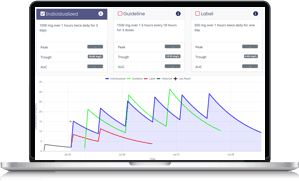